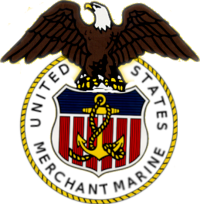 Richard Edward Merritt, age 74, of Trenton, FL, passed away on September 28, 2021, at his home. He was born on May 29, 1947, in Jacksonville, FL to Robert and Yvonne Walker Merritt. After graduating high school, he enlisted in the United States Navy where he served in the Vietnam War. After his service, Mr. Merritt had started a career with the Merchant Marines and served with them until his retirement in 1986. Once he retired, the family relocated to Trenton. He was a proud veteran and a member of the American Legion. Mr. Merritt also loved to fish, garden, and was a frequent visitor to the Gilchrist County Public Library where he loved to read. He is preceded in death by his parents and his son, Robert Merritt.

To send flowers to the family in memory of Richard Merritt, please visit our flower store.

Rest in Peace Bubba...you will be missed.

A candle was lit in memory of Richard Merritt

Text me the address